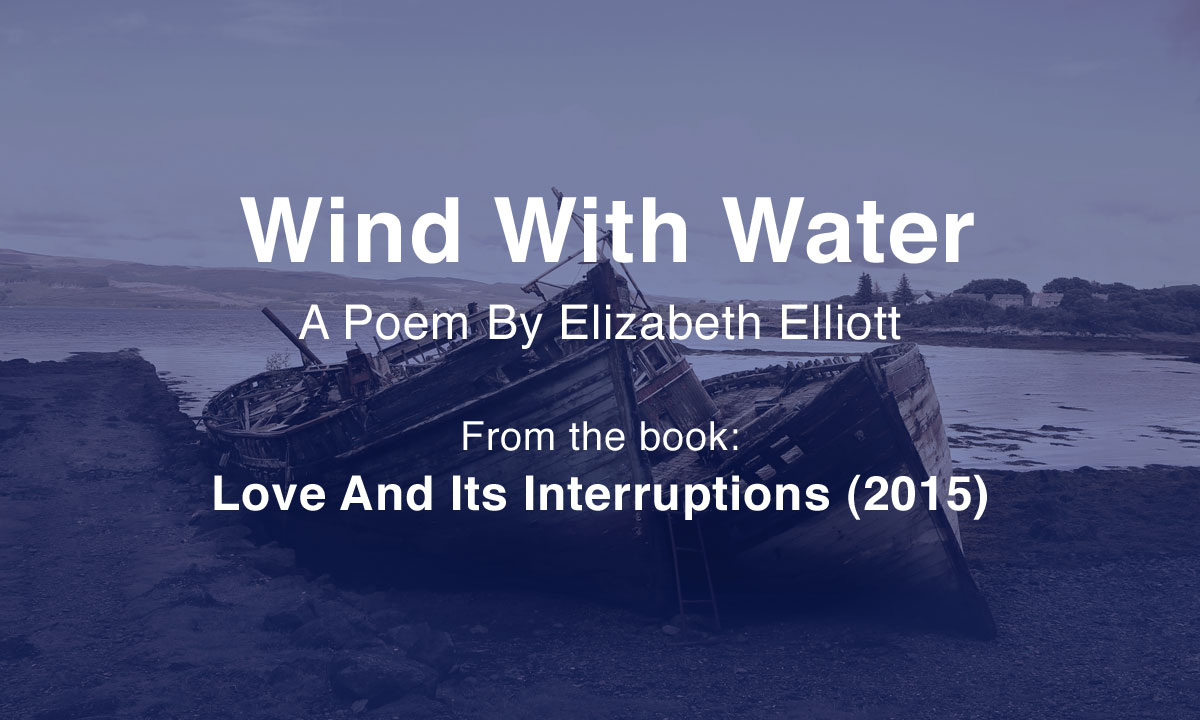 Watching It’s a Wonderful Life is an almost unavoidable holiday tradition if you own a television, so I’m sure most of you remember the scene where George woos Mary after the high school dance. Walking home in borrowed clothes, they’re flirting and talking while George tries to figure out how to make the most of his situation. Finally, a crotchety old neighbor eavesdropping from his porch hollers, “Why don’t you kiss her, instead of talking her to death?…Aah…youth is wasted on the wrong people.”

Too much talking, not enough loving.

I thought of the intrusive neighbor’s advice as I waded through Elizabeth’s “Wind With Water” from Love and Its Interruptions (2015). It’s a dense poem, which she herself admits “may or may not pass the test of digestibility,” and one more difficult to construe than others. But I think it comes down to too many words, not enough love.

Love can be expressed in words, of course, but too often it isn’t, and “we talk as if it’s talk that binds.” Or we talk to get our way. Or to be right. Plenty gets said, but somehow we drift further from our goal. Instead of harnessing the “wind” to obey us, we are at its mercy.

Take Elizabeth’s word for it. Make your way through the poem with the effort it calls for, or let the poet read it to you, and see if the difficulty of it doesn’t convince you that sometimes all our talk talk talk “chokes” us and ties us in knots. And when you’ve been persuaded, shut up and go love on someone.

As the more transparent words of Disney lyricists remind us, “It don’t take a word, not a single word. Go on and kiss the girl.”