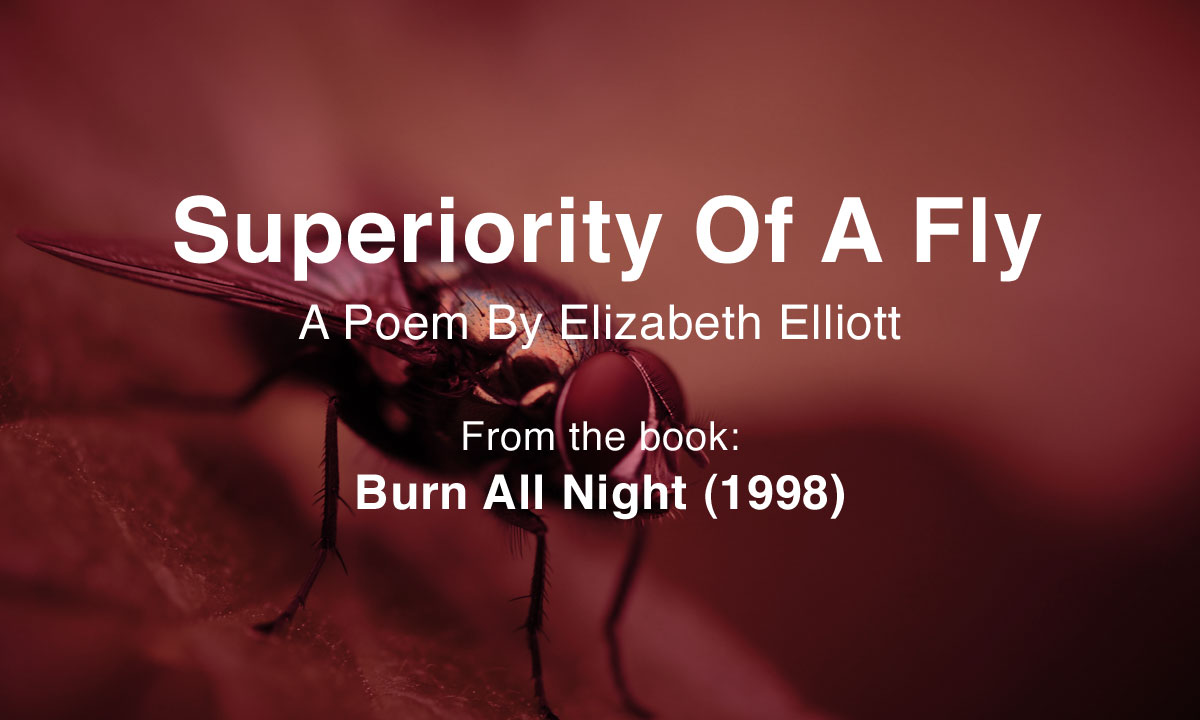 Depending on where you live, it may already be too hot to think of picnics, but in the Pacific Northwest, this weekend promises perfect picnic and pool weather. And what would a picnic be, without a few flies (and yellowjackets) to add piquancy?

First published in the 1998 Burn All Night, “Superiority of a Fly” was gathered again into Love and Its Interruptions (2015). It was written long before either, however, during a period in the 1970s when Elizabeth “sat musing on the trip-ups and traps of being single.” As we’ve all known from our periods of singleness, considering the topic top to bottom and beginning to end takes some time, and she had reached her third cup of coffee before the housefly exploring both cup and saucer arrested her attention, sending her thoughts in a new direction. As Elizabeth puts it, “Suddenly I stopped watching and began to absorb and compare between our two worlds.” As you’ll see, when you read or listen to the poem, she drew some surprising conclusions.

The next time you chase one around the house, your human-operated flyswatter swishing and flapping with maddening slowness, remember the fly’s flawlessness. Remember his “superiority,” and that, in his 28-day increments, his species has buzzed about the earth some millions of years longer than we.