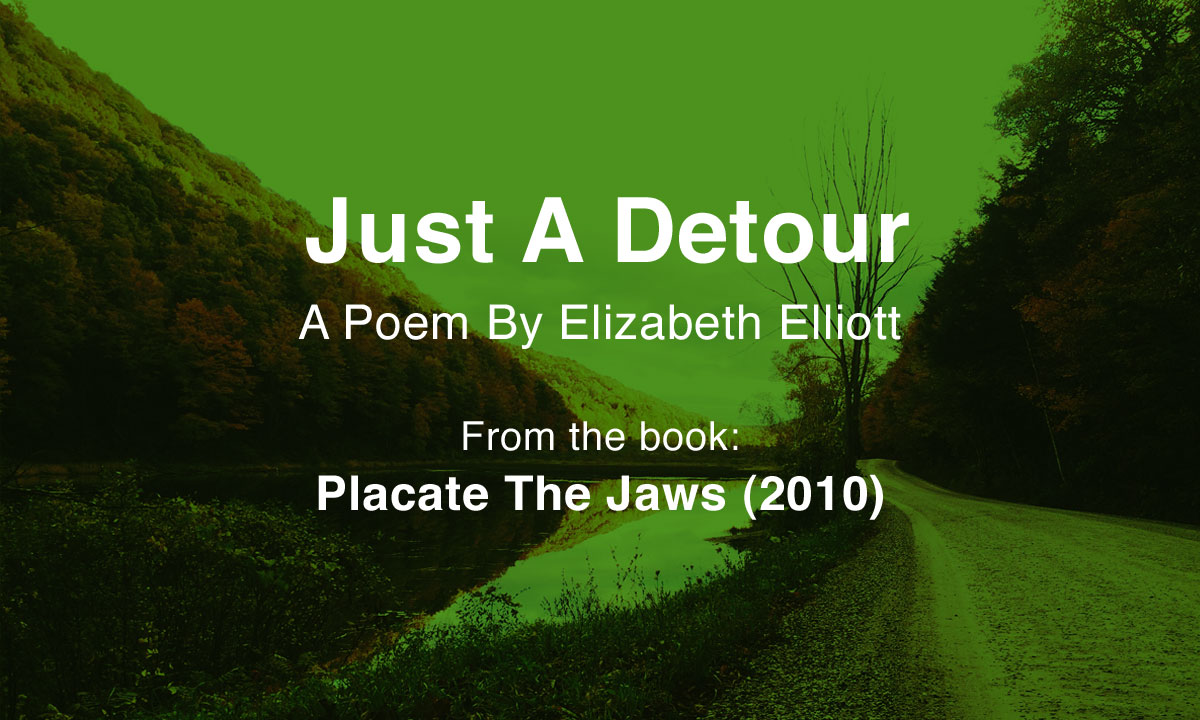 While every high school student in America has been assigned Robert Frost’s “The Road Not Taken,” analyses of it show remarkably little variety. The poet took the road less traveled, the essays read. Stop being a conformist, the poem argues.

Never mind that the speaker says at one point, “Though as for that the passing there/ Had worn them really about the same.” That is, thinking one path less worn than the other was probably all in his mind. Thinking one less traveled than the other was a value judgment he consciously decided to make (and possibly to forget about having made).

What is certainly true of all paths, whether Frostian or otherwise, is that “way leads on to way.” You never find yourself at the same crossroads twice in life because, even if the choices somehow remained the same, you yourself have not. We are the sum total of all the choices we have made; our odometers keep track of all the roads we have taken, even if we try to backtrack and change course.

Elizabeth’s poem “Just a Detour” from 2010’s Placate the Jaws comments in a new and clever way on Frost’s work. An unknown lover describes another person as a detour from a planned itinerary. A one-night stand takes the place of a road less traveled. (And yet, as many familiar with modern romance might wonder, how much less traveled is a one-night stand, really, than a committed relationship? It seems a majority of people have experience with both!) While the speaker “wasn’t looking for a change,” just a “detour of that long main road” that led to the immovable mountain pass, the detour turned out to be just a spur. It led right back onto that main route, the “plain white church” coming unexpectedly into view against the hills. In the end, there you were in the mountains (along the well-traveled route), not knowing exactly how you got there. In “Just a Detour,” the two roads that diverged in the wood turn out to be alternate routes to the same destination–commitment.

Pause on your journey this week and read through the poem. Or let Elizabeth read it to you! You’ll be glad of the rest stop.